Childress’ bachelor of arts degree in classical philosophy was conferred in 1888, a little over 130 years ago, making it the first degree conferred by Philander Smith College after obtaining its collegiate status. As the first degree recipient, Childress is an integral part of the Philander legacy. Not only as the first graduate, but he also taught at Philander Smith for 12 years and later went on to hold a seat on the  Board of Trustees for 30 years.

一道本不卡免费高清Rufus C. Childress was not just a powerhouse on Philander's campus, but he made his mark across the state of Arkansas. For over half a century Rufus C. Childress worked in positions that helped serve his community as a teacher, a principal, and the Assistant Supervisor of Arkansas Black Schools.

一道本不卡免费高清In 1898, he and his associates founded the Association for Teachers of Negro Youth of Arkansas, which became the parent organization of the Arkansas Teachers Association. His exemplary work helped obtain public library facilities for African-Americans in Little Rock when there were none. He helped establish the Sunday School Movement, the first African-American Boy scout troop in Arkansas (1927), The Congress of Colored Parents and Teachers of Arkansas(1928), The Urban League of Greater Little Rock (1937), and a branch of the Florence Crittenden Home for Unwed Mothers (1948). Two schools were named after him, but are now closed. Still bearing his name, however, is Childress Hall,  at the University of Arkansas at Pine Bluff. 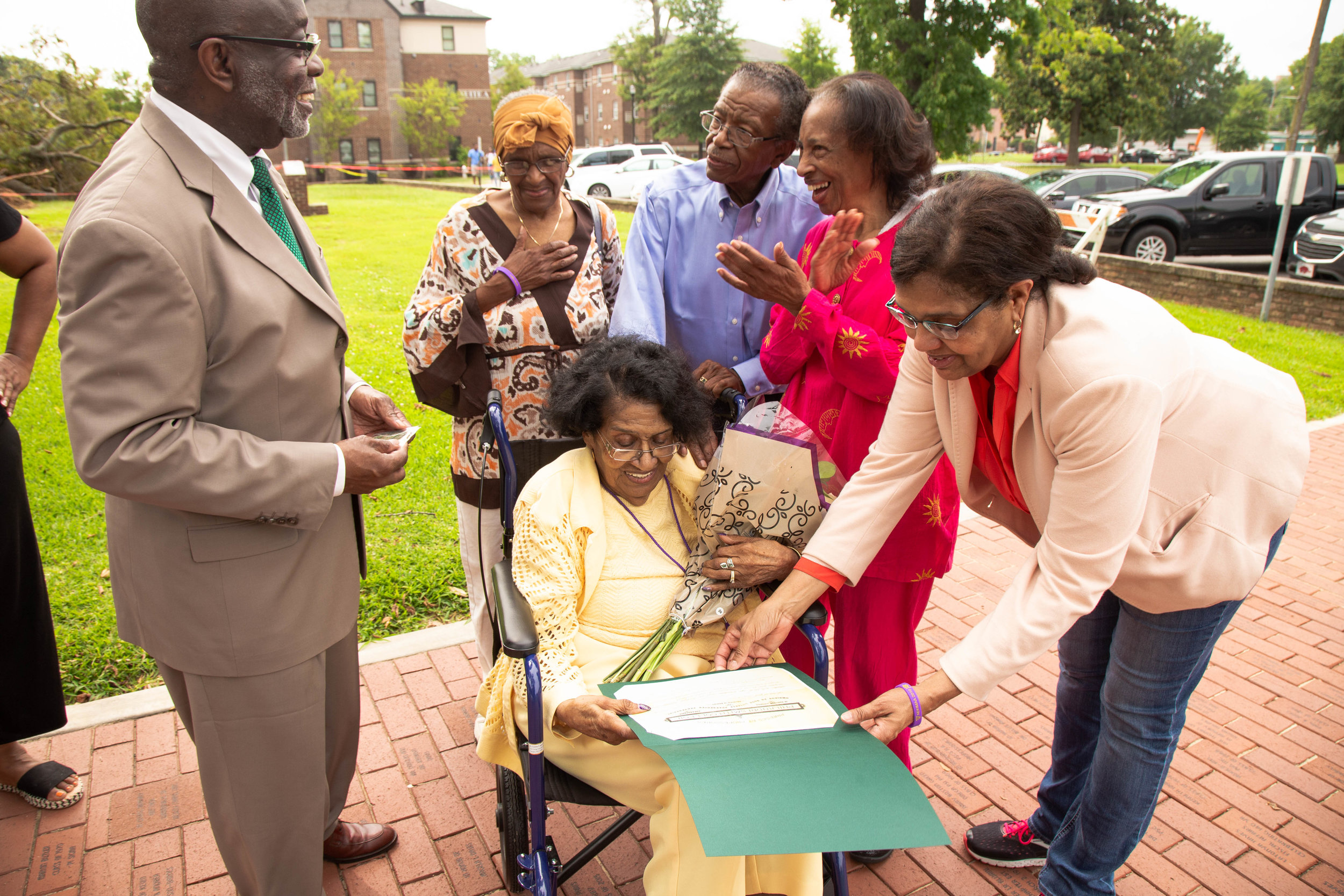 His family members planned their trip to Philander Smith College to view the commemorative bricks they purchased in his honor on the PSC Legacy Walkway. Childress' granddaughter, Faustine Jones-Wilson, 92, is now the matriarch of the family and spoke about the amazing legacy her grandfather left for them. Jones-Wilson was accompanied by her daughter Yvonne Jones, Sarah Strickland, and William and Dell Patterson. During their time on campus, they laughed with PSC staff members and recounted the greatness of a man who was a lifelong community activist and humanitarian. Charles King, Vice President of Institutional Advancement, took that moment to make the ultimate presentation—a digitized copy of Rufus C. Childress original degree, written in Latin. The family was overwhelmed with appreciation, and gratitude for turning a trip to see their names on commemorative bricks, to a visit they would not soon forget.

As the group walked back to their car, along the same path their grandfather likely walked over 80 years ago, they expressed their love for PSC and the beauty of family. Not just the ones you’re born with, but the family that helps shape you, family like Philander Smith College.